ARE YOU LOOKING TO TAKE HOME A
BIGGER PAYCHECK FROM YOUR STORE?

I have the perfect place for you. You absolutely must attend our groundbreaking event, The Retail Profit Revolution, September 15-17, 2015.

When you opened your store you had a dream of sharing your passion with lots of people. You didn’t realize the other side of your dream is ‘business’. Understanding financials, paying taxes, deciding how much to buy, keeping your team happy, juggling bills, managing cash flow… Let’s face it, your dream is work.

Here at RETAILMavens, we’ve learned there is an art and a science to retail. You have the art, and we have the science down cold. The good news: you can learn it! But only here. No one else is talking about this. No one else is teaching you to revolt against the status quo and go from “doing fine” to living that dream you had in the beginning – the one where passion meets paycheck.

THE OLD WAY OF DOING INDIE RETAIL IS OVER. ARE YOU READY FOR THE REVOLUTION?

This isn’t a Retail 101 course rehashing the obvious. Retail has changed. If you are doing things the same way you did even 2 years ago, you are falling behind. This is a true Revolution. It’s the new way of Retail. You will learn the exact tactics for every aspect of your store that will increase the cash in your bank account.

You’ll learn the science to create raving fans who can’t wait to shop with you, while your inventory, cash flow, and profitability are off the charts.

We will teach you everything you need to know about how to leverage what you really offer – your unique voice, vision, and personality – with the most cutting edge science on managing everything from your inventory to your marketing.

YOU KNOW IT’S NOT WORKING,
BUT YOU DON’T KNOW HOW TO FIX IT.

You’ve gone to plenty of events and seminars, and you’ve gotten good information, but you haven’t gotten what you really need.

The truth is, people can get anything you sell online with a click of a button and free 2-day shipping. The reason people come to stores IS YOU.

We’ll tell you EXACTLY how to create your revolution – while you’re with us. You won’t leave with a new to-do list, you’ll leave equipped to implement as soon as you walk in your store.


You were invited by someone who knows what the right information at the right time can do for your store. Reserve your seat TODAY by claiming your FREE ticket – courtesy of RETAILMavens.

WE GUARANTEE, THE PERSON WHO SHOWS UP HOLDING YOUR TICKET WILL NOT BE THE SAME PERSON WHO LEAVES READY TO START A RETAIL PROFIT REVOLUTION IN YOUR STORE!

The RETAIL Maven, herself.

Cathy Donovan Wagner, The RETAIL Maven, opened her first store over 25 years ago and quickly grew it to 3 stores in Chicago grossing more than 2 million dollars. She realized her calling was to help other indie retailers achieve the kind of success she had without the painful learning curve she experienced.

She sold her stores and took her message to indies ready to move beyond flying by the seat of their pants and into full control of their destination. Cathy is now a national retail speaker and has appeared in the Wall Street Journal, New York Times, Women’s Wear Daily, and Money Magazine just to name a few.

Cathy knows what it takes to make a successful, profitable store, and in the last 6 years her private clients have all seen MORE cash with each successive year. In fact, last year they averaged a 16/1% increase with a 10% decrease in inventory.

And now, she’s bringing the Retail Profit Revolution to you…

YOUR PROFITABLE RETAIL STORE IS A REVOLUTIONARY ACT

IT’S NOT EASY. IT’S NOT AUTOMATIC. IT’S NOT FOR EVERYONE.

The Retail Profit Revolution is for indie retailers who are:

Cathy Donovan Wagner is unlike any other retail educator you’ve ever seen live. She’s dynamic, entertaining, and she has a knack for giving you exactly what you need to make a real difference in your store – instead of telling you everything she knows, but none of how to use it.

The retail climate has changed dramatically in the last five years. Doing what you always did will close your doors. That’s why Cathy has gathered a stunning lineup of innovative thinkers, excellent teachers, and her own brand of tell-it-like-it-is retail magic.

Nothing short of a REVOLUTION will give you the kind of store and the kind of LIFE you deserve. 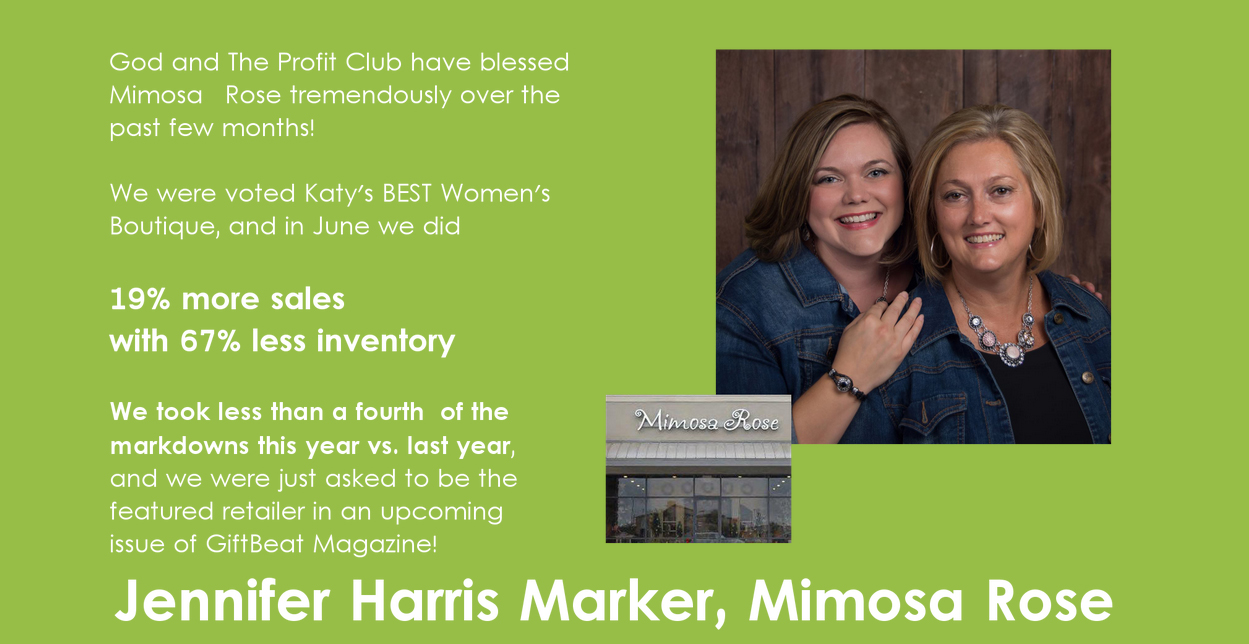 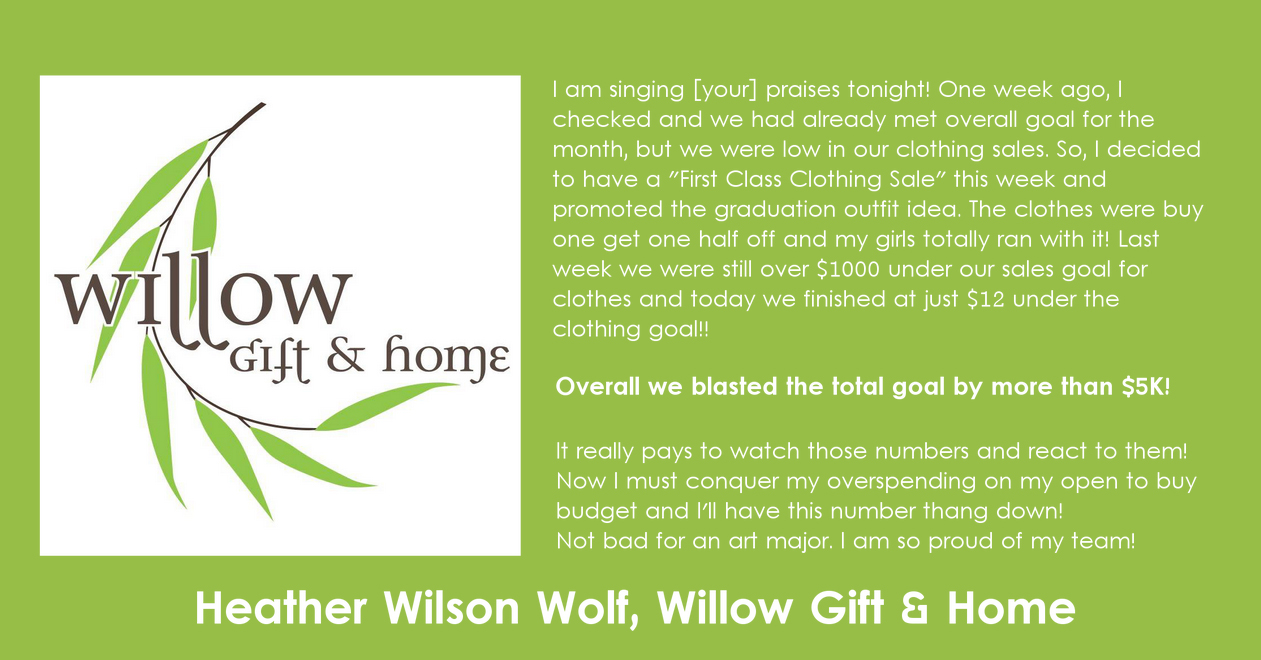 JOIN US & FEEL PAMPERED, RELAXED, AND ABLE TO
TRULY STRATEGIZE ABOUT YOUR STORE.

Staying in the host hotel makes it easier to get to the meeting each day on time and network with your fellow attendees. September will be here before you know it, so take time now to book your rooms and enjoy special group discounts. Discounted rooms are available for our event at the group rate of $179.00 per night single or double (based on availability). Great news! The hotel agreed to extend the discount for about another week, but as we don’t have a specific date, it’s best to get your reservations in right now to ensure you get this amazing price! As an added bonus, this rate includes guest room Internet ($10.95 value) and self-parking ($16.00 value), with no resort fee. The hotel is also offering a 10% discount on spa treatments, so you can arrive early or stay late to pamper yourself before or after the event! To secure your room, please call the hotel directly at 800-542-6096 and reserve your room now. To receive your discounted rate, please request the RETAILMavens group block. Should you wish to extend your stay, rooms are also offered 3 days prior to the event and 3 days after at the group rate (based on availability). We recommend booking your flight to arrive at least the day or evening prior so you can be well-rested and ready for the event. You can also preview the hotel and make reservations on the web, simply click on the link below. Click Here to book the Rancho Bernardo Inn

September is in the midst of San Diego’s best weather. Warm, very little rain, clear days, and little fog. Be sure to bring layers of clothing, as the session room temperatures can vary.

Once you register, you’ll be able to claim your free companion ticket. These free tickets are easy to claim. Simply pay a $197 refundable deposit to reserve the seat. When you register at the event, my team will hand over your badge and a check for the full $197 on the spot. It’s that easy!

WE CAN’T WAIT TO SEE YOU IN SAN DIEGO!

Once you register, you’ll be able to claim your free companion ticket.

ZERO pie-in-the-sky theories that don’t relate to the nitty gritty of owning your own store.

NO time-consuming ideas that assume you have a staff of thousands and an unlimited budget.

Keep your eye on the ball and the shoppers in your store.

Learn the math that makes you money. (And how to teach it to your team!)

HAVE QUESTIONS? WE LOVE TO ANSWER THEM!

How can we help? Reach out, and we will answer any questions you may have on The Retail Profit Revolution, registration, sponsorship, travel, or RETAILMavens!

For all inquiries, email us at clientcare@retailmavens.com